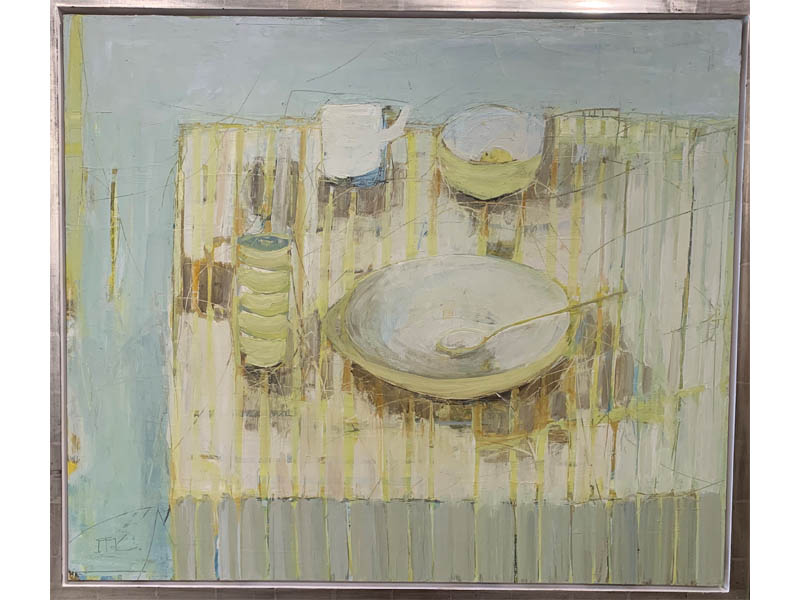 After graduating from the Polytechnic of Central London, Ffiona Lewis qualified as an architect in 1990. However, a growing dissatisfaction with this career choice led her to take a series of courses at Central St Martins, before finding work in the props department at the National Theatre. Once she had made the decision to become an artist, Lewis met John Wells, who introduced her to the luminaries of St Ives, including Patrick Heron and Terry Frost. In 1996, she had a joint exhibition with Rachel Nicholson, at Dartington Art Gallery. In 1999, Lewis joined the Redfern Gallery, where she has shown regularly ever since. Lewis' paintings have also been selected for several important open exhibitions, such as the Royal Academy Summer Exhibition, The Sunday Times Watercolour Competition, and the Discerning Eye, held at the Mall Galleries.
The art critic Andrew Lambirth has said of her work that “Lewis has tended to paint the evidence that people leave behind, or their trace in the landscape rather than the people themselves”. Her paintings are typical for their bold, dynamic strokes, with Lewis using a palette knife to both add and remove layers of paint.. Much of her work achieves a fine balance between figuration and abstraction. Lewis has said of her practice that “smallness, localness, emptiness is what I love”, and this is reflected in her paintings