Born 1893 Tasmania, in Hobart Edith studied Hobart Technical College under Lucian Dechaineux and in Sydney at the Julian Ashton School of Art, later working with George Lambert and Thea Proctor.
During the 1930’s she held several solo exhibitions in Sydney and Melbourne. However, her first real acceptance came when her work was acclaimed by Rupert Bunny, who had recently returned from Europe. Later Basil Burdeett, then Art Critic of the Melbourne Herald, recognized her ability, and Danila Vassilieff helped her organize one of her last Melbourne shows, which was held at Tye’s Gallery.
In 1956 Edith made her first of three visits to Europe and subsequently saw the influences of Pissarro and Bonnard, spending a considerable period living and painting in England and France. 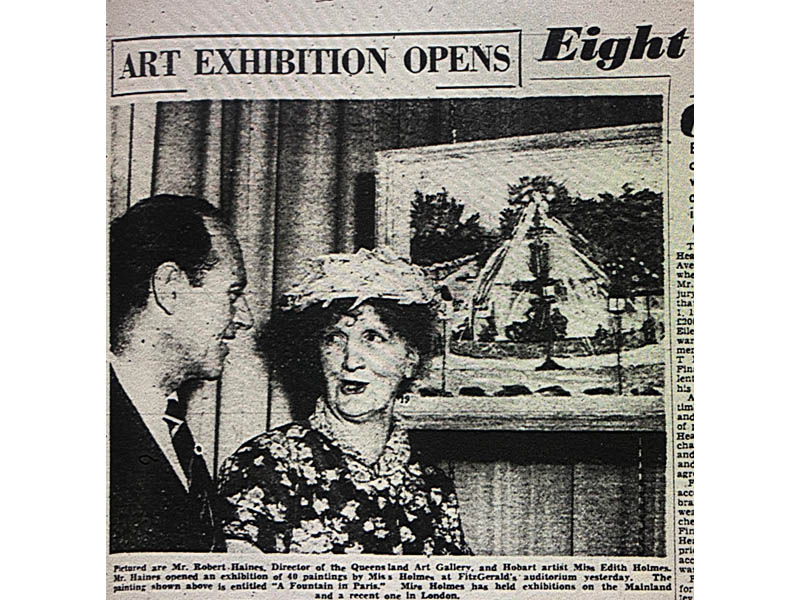