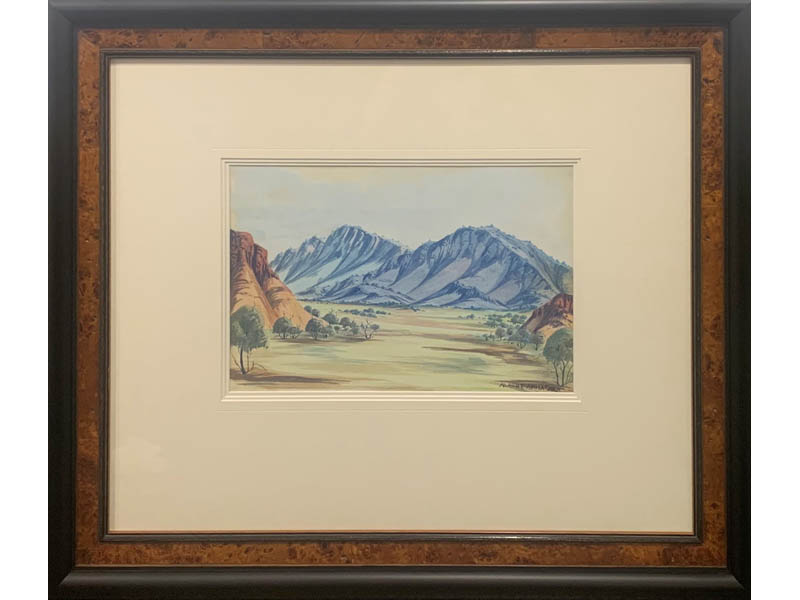 Located 125 km west of Alice Springs, in Central Australia, Hermannsburg was founded by Lutheran missionaries in 1877. The Western Arrernte people have lived in this region for thousands of years. In 1941 Rex Battarbee founded the Aranda Art Group, which controlled the supply of materials and helped handle the business affairs of the emerging artists.™
The Hermannsburg painters' work is characterised by soft hues, usually water colours, of their Western Arrernte landscape, which European settlers named the Western Macdonnell Ranges. Previously, Western Arrernte people had only used art in a ceremonial sense, as topographical interpretations of their country and their particular Dreamings, painted using symbols.
Early works by Albert also conveyed this spiritual connection with the land. They shared an intimate knowledge of the land on which they had lived for thousands of years. The Ghost Gum features prominently in the works, a sacred and important part of Western Arrernte mythology. In the best works by Otto Pareroultja trees were painted as ancestral beings with body-like trunks & arm-like branches.
Albert Namatjira began his distinctive style after seeing an exhibition by travelling artists to the mission, Rex Battarbee and John Gardner, in the 1930s. Other artists from the Hermannsburg school include Wenten Rubuntja, Walter Ebatarinja, Otto Pareroultja, and his brothers Ruben and Edwin, as well as Albert's sons, Enos, Oscar, Ewald, Maurice and Keith and his grandson Gabriel. Other members of the school include the brothers Henoch and Herbert Raberaba. 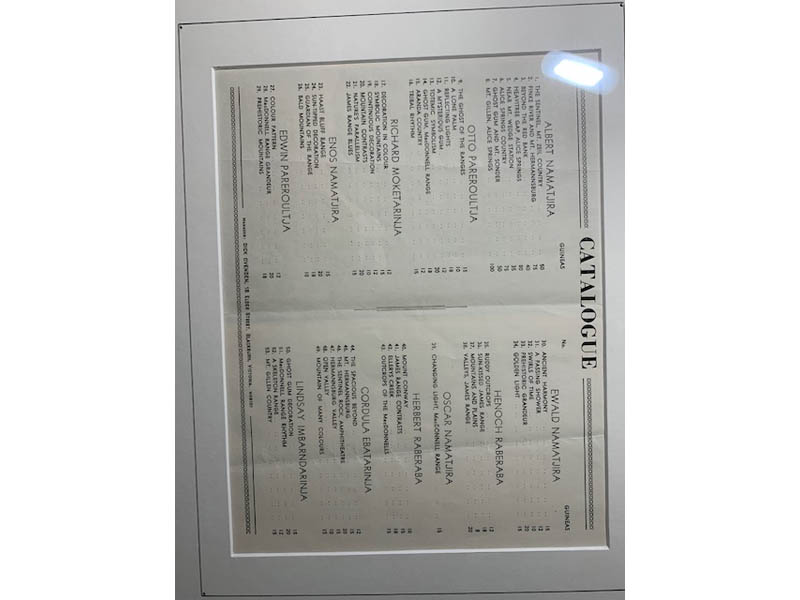